AMERICA: CLOWN SHOW #1: HOW LOW CAN YOU GO? KIMMEL AND STERN CALL FOR DEATH OF THE UNVAXXED 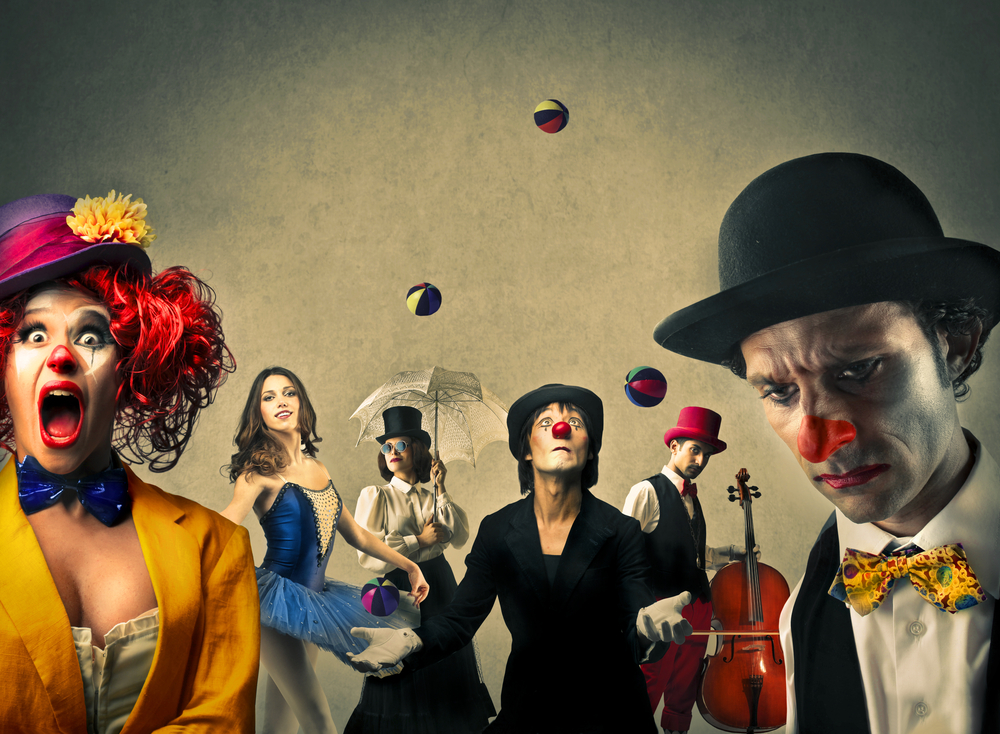 Howard Stern, the arrogant "shock jock," has joined the coterie of comedy elites publicly equating the COVID vaccine with "freedom" and/or ridiculing and expressing their contempt for those who see vaccine mandates, mask mandates and other restrictions as abridgements of freedom.

Trends Journal has reported many similar remarks; "'CELEBRITIES' VAX SMART, YOU'RE STUPID," 3 August 2021 for example, cites such shining intellectual lights as Sean Penn and Joy Behar, who got a resounding "Amen!" from her audience when she rhetorically asked, about those who choose not to be vaccinated, "Why is their freedom more important than my freedom to not get sick?" "CELEBRITY SELLOUTS SELL COVID VAX" 18 May 2021 lists over a dozen more.

And such sentiments are hardly limited to the “celebrities” of the entertainment world; "health experts" and political leaders have expressed the same attitude. See, for example, "DE BLASIO: FORCED VAXX = FREEDOM," 27 July 2021, "ABC NEWS PUSHES VAX CARDS AS 'TICKET TO FREEDOM'" 30 March 2021.

But Stern, as reported 8 September by MEDIAite.com (and elsewhere) has one-upped even Arnold Schwarzenegger, who famously said "Screw your freedom!"

Speaking about other radio hosts, such as Marc Bernier and Phil Valentine (both had publicly resisted getting vaccinated and then contracted the virus and died), the Sirius XM host employed even coarser language than Schwarzenegger to mock them and express his utter disdain for anyone daring to question the wisdom of dutifully lining up to submit to the COVID jab.

On top of declaring "Fuck their freedom, I want my freedom to live," Stern labeled as "idiots" and "imbeciles" all those who refused to be vaccinated, exhorting such persons to "Go fuck yourself!"

Stern's second banana, Robin Quivers, added that she has trouble "drumming up compassion" for "people that stupid that they wind up dying."

But that "lack of compassion" is all the rage now among the glitterati, who seem to be trying to outdo one another in their opprobrium for those who don't march in lockstep with the official "vaccines for everyone" narrative. The new talking point is that, if you oppose mandatory, universal vaccination, you are pure evil and deserve to catch COVID-19 and die.

Another who's been vociferous in his lack of compassion for the folks he calls "pan-dimwits" is late-night TV host Jimmy Kimmel. While not employing the vocabulary of Howard Stern, Kimmel was still, in the guise of comedy, in full attack mode as he unabashedly called for death of the unvaccinated.

Kimmel then (in the words of Alex Jones, whom Kimmel assailed) "regurgitated" the narrative ridiculing human use of the veterinary anti-parasite drug ivermectin as an alternative treatment for COVID-19, willfully ignoring that ivermectin has been packaged and prescribed for human use and has proven effective against a range of illnesses including coronaviruses.

Kimmel's rant, and Alex Jones's response, can be viewed here.

And as the cover of this Trends Journal illustrates, the way the people look, is the way they act and feel.

Unless Americans regain their health in mind, body and spirit, the end of the American dream will further deteriorate into a 24/7 nightmare.