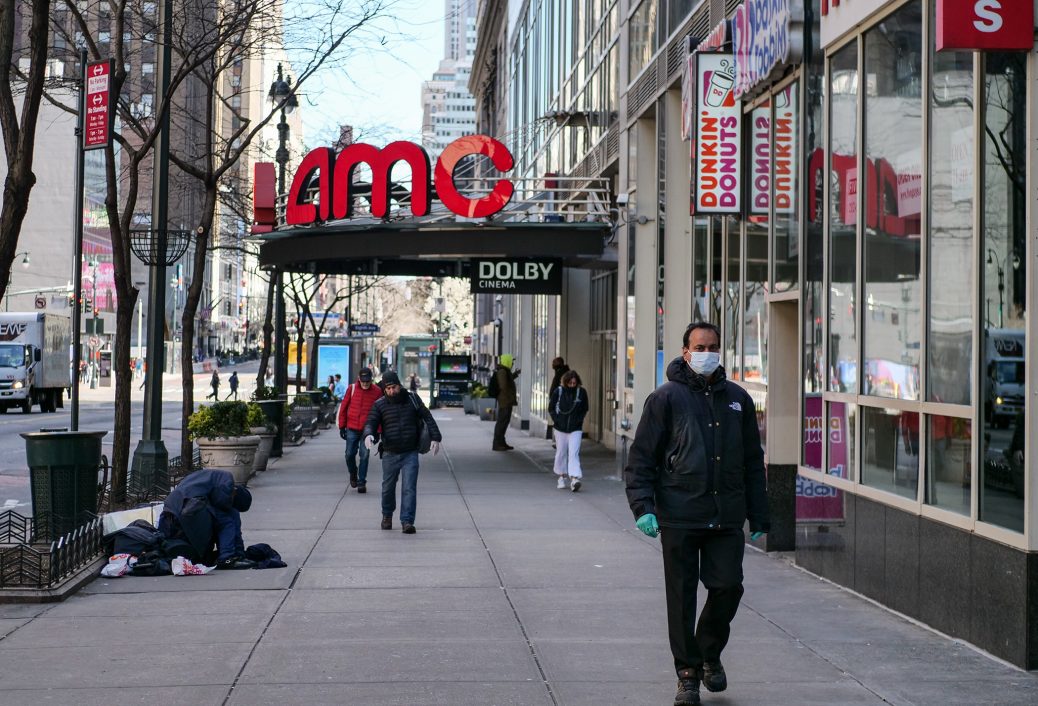 AMC Entertainment Holdings, the world’s largest movie theater chain with more than 1,000 theaters around the world, lost a net $2.2 billion in its most recently ended quarter as the global economic shutdown darkened the company’s 11,000 movie screens.

In the first two months, AMC’s revenue of this year was 10 percent above that of a year earlier. “Then ka-boom,” said AMC CEO Adam Aron.

AMC had no revenue during the last two weeks of March, which ended its quarter. During the lockdown, it furloughed more than 90 percent of its employees, negotiated lower rents from its landlords, and took on $500 million in new debt to keep paying its bills.

The company plans to have all of its theaters open again by August, although that ambition could be thwarted by politicians’ decisions to extend lockdowns. The theater chain’s revenues also could remain weak if regulators enforce social distancing, which could mean leaving a majority of theater seats empty during shows.

California, one of AMC’s two biggest U.S. markets, is allowing theaters to reopen this week; New York, the other major market, has relegated theaters to its fourth phase of reopening. The state began the first phase the week of 8 June.

TREND FORECAST: With extreme social distancing, mask wearing, temperature checking and other restrictions being imposed by politicians, we forecast a wave of bankruptcies in the movie/concert/hospitality/restaurant/retail sectors.