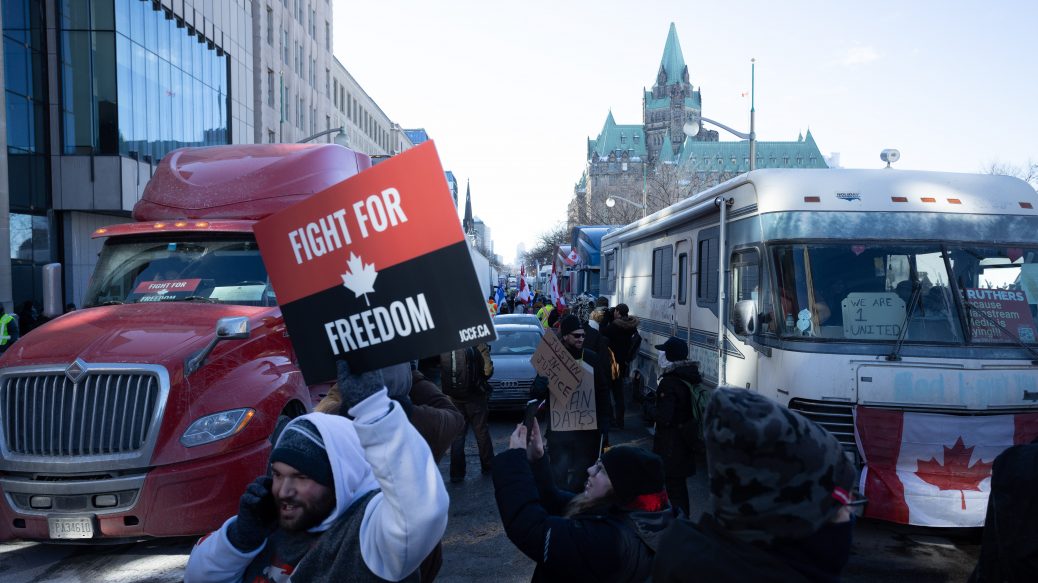 A group of Canadians filed a constitutional challenge in December 2020, claiming that Alberta's government acted illegally when it forced COVID-19 mandates and lockdowns in response to the outbreak, and its chief medical officer was grilled last week.

The group claims that COVID-19 is not dangerous to the vast majority of individuals, and the government's reaction did more to hurt the community than good, the Financial Times reported.

Dr. Deena Hinshaw, Alberta’s chief medical officer of health, was questioned by Leighton Grey, a lawyer for the plaintiffs, about several topics, including why her office did not stress to Canadians to get healthier and lose weight to reduce bad outcomes from infection.

Hinshaw responded that obesity is a “chronic condition, it’s not a condition that can be "changed in a short period of time.” Hinshaw said obesity is not simply “a willpower problem.”

“I would just like to reiterate the ethical principle that all of these deaths mattered,” she said.

The Trends Journal has reported extensively on COVID-19 and how obesity and other comorbidities dramatically increase the risk of severe infection and death. (See “OBESITY GROWS IN STATES WHERE AT LEAST 35 PERCENT ARE CONSIDERED OBESE,” “COVID-19 & OBESITY: THE ELEPHANT IS STILL IN THE ROOM”  and “COVID VICTIMS: THE BIGGER THEY ARE, THE HARDER THEY FALL.”)

The lawyers from the Justice Center for Constitutional Freedoms, who are representing the plaintiffs, called out Hinshaw’s language during the outbreak.

TNC News also mentioned that lawyers brought up an incident in October where Hinshaw blamed a 14-year-old’s death on the virus, when the teen actually died of brain cancer.

Hinshaw has been dodging her court appearance for a year and was accused of taking a vacation when she was due in court.

“Albertans are currently experiencing the greatest collective violation of civil liberties this province has ever known,” Grey said. “Yet, there is no war, no calamitous natural disaster, no catastrophic loss of critical infrastructure, and no dramatic, overwhelming, sweeping loss of life.”

TRENDPOST: Rebel News had a reporter inside the courtroom who said Grey made Hinshaw “admit she has no training in mental health policy, religious and cultural practices, economics and business, sports and recreation policy, university or educational policy or governance, travel and tourism policy, yet her orders impacted all of those areas.

Hinshaw said the province did everything it could to “balance the benefits of containing the illness with the unintended harm of the measures."

The Global News reported that Alberta's tourism industry normally generates about $8.2 billion before the COVID-19 outbreak, but it is expected to only pull in $5.2 billion this year due to lingering challenges in the industry.

About 4.3 million people live in Alberta and the average age of death from the virus is 78. There have been a total of 4,104 total deaths.

Grey also brought up the time Hinshaw mentioned the realities of a "new normal" in March 2020 when there were seven cases of COVID-19.

"What did you mean at the time by a new normal?" he asked.

Hinshaw said she was referring to the unknowns of the virus and how she thinks we can all "remember a time where going to work with a mild cold was considered not just normal, but proof of the dedication to work."