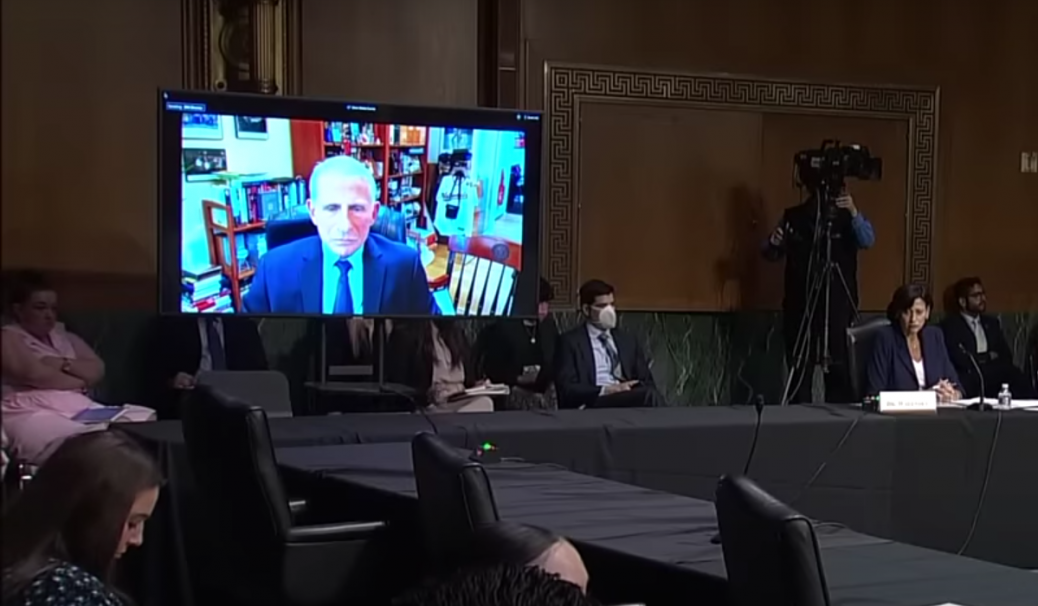 Some have speculated that Dr. Anthony’s Fauci’s resignation announcement is an attempt to avoid likely heat should Republicans take the House in November.

But Senator Rand Paul (R-KY), who took the head of the National Institute of Allergy and Infectious Diseases (NIAID) to task for COVID deceptions more than any other politician, says the resignation won’t shield Fauci.

Regarding the news, Paul tweeted on 22 August:

“Fauci’s resignation will not prevent a full-throated investigation into the origins of the pandemic. He will be asked to testify under oath regarding any discussions he participated in concerning the lab leak.”

Paul has doggedly pursued Fauci over the latter’s connections and funding of the Wuhan China Virology lab where some experts believe the COVID virus disaster may well have originated.

The Senator has exposed Fauci’s unsustainable contentions that the lab was not engaging in controversial and highly dangerous “gain-of-function” virus experiments.

Those experiments were barred in the U.S. during the Obama administration.  But the U.S. funded the Wuhan lab, and also Eco Health Alliance, a stateside research outfit connected with controversial virus experiments and the Wuhan lab.

And Fauci oversaw that funding.

Fauci said in his resignation announcement:

“I will be leaving these positions in December of this year to pursue the next chapter of my career,” said Fauci.

According to the Daily Wire, the medical bureaucrat, who has been involved in other substantial controversies and questionable actions during his long government tenure of 54 years, is having a hard time saying a full goodbye.

He won’t say “retirement,” though is resigning several posts, including Director of NIAID and top medical advisor to President Joe Biden.

“Over the coming months, I will continue to put my full effort, passion and commitment into my current responsibilities, as well as help prepare the [NIAID / National Institutes of Health] for a leadership transition,” Fauci said. “NIH is served by some of the most talented scientists in the world, and I have no doubt that I am leaving this work in very capable hands.”

Rep. Thomas Massie (R-KY) roasted Fauci in a series of tweets for lies and deceptions:

“He denied the existence of natural immunity.

“He spoke of droplets to avoid acknowledging the size of the virus was too small to be stopped by the filters of loose fitting cloth masks. (Thread, 1/4)”

“The vaccine trials were designed NOT to show the vaccines didn’t prevent infection or spread, but he spoke as if they did.

“He ignored and still ignores all side effects of the novel mRNA vaccines.

“The policies he advanced never properly acknowledged that the elderly had exponentially more risk than children.

“He cared not about the stunted social and educational development of children. (3/4)”

“He downplayed early treatments and promoted late stage expensive pharmaceuticals while ignoring their side effects.

“Fauci isn’t science, he’s a snake oil salesman trying to quietly ride his wagon out of town before the people hold him accountable for his fraud. (4/4)”

The Trends Journal was onto Fauci’s controversies regarding “gain of function” funding earlier than most, thanks to tweets from Richard Ebright, Professor of Chemistry and Chemical Biology at Rutgers University, and other sources.

We first highlighted the story in a February 2021 story involving Bill Gates and Fauci where we noted:

“Gate’s awkward comment came as the origin of the COVID-19 virus is still very much in dispute. There is growing evidence it escaped from a Wuhan China virology lab that was funded in part by Dr. Anthony Fauci’s National Institute of Allergy and Infectious Diseases. With Fauci’s approval, the NIAID gave a total of $7.4 million to the lab. Gates and Fauci have worked closely together on the COVID vaccine development and roll-out, and both have financial interests in the vaccines.”

Other important articles include: