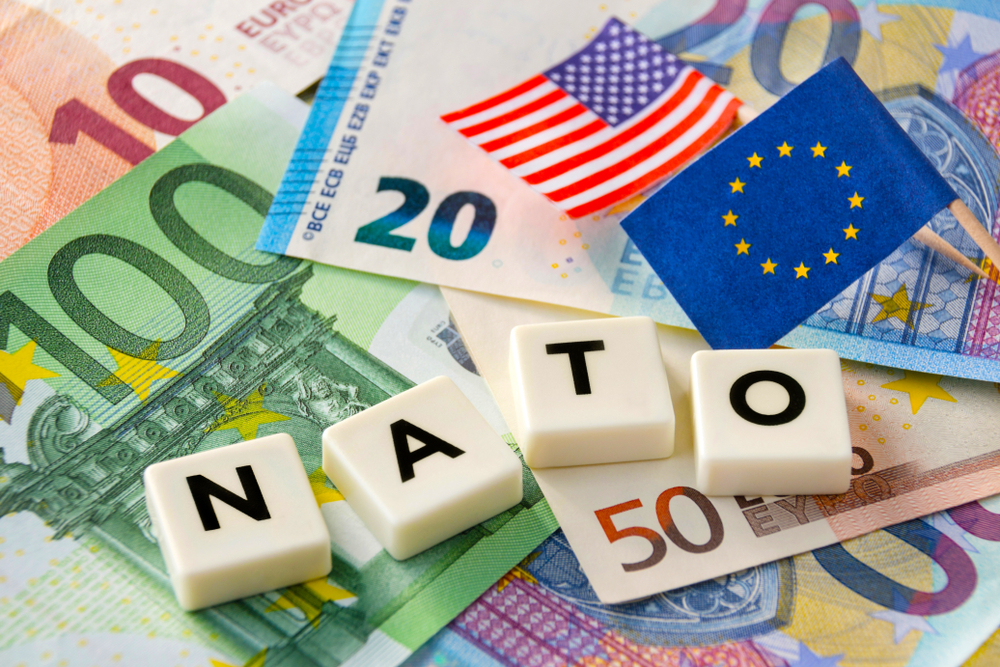 What you will now read, you will not read anywhere else but in the Trends Journal.

Go back to November 2019. Not ancient history, but long forgotten in moronic American news and the D.C. political crime syndicate.

Back then there were weeks of public congressional impeachment testimony saturating the U.S. mainstream media to see whether President Trump had held back $391 million of military aid until the Ukraine government launched an investigation into Joe Biden’s son, Hunter.

As we had written when the deal began back in 2014 following the U.S. launched coup of the democratically elected president of Ukraine, Victor Yanukovych, Hunter was given a sweetheart deal with Burisma Energy, which earned him some $3 million as a member of its board.

And as the media was bullshitting about how horrible it was that President Trump was holding back a $391 million quid pro quo, that pales in comparison to the more than $20 billion, revealed in recent testimony, that has been given to Ukraine since 2014 by the U.S. and its allies in the EU.

In testimony, David Holmes, chief political counselor at the U.S. embassy in Kiev, said, “The United States has provided combined civilian and military assistance to Ukraine since 2014 of about $3 billion plus” and that “The Europeans, at the level of the European Union plus the member states combined since 2014, my understanding has provided a combined $12 billion to Ukraine.”

Based on interviews with the co-chair of the European Council on Foreign Relations, the amount provided by the EU is actually much higher—close to $17 billion.

As we had noted back then, the only reason the EU and the U.S. were so generous in stealing taxpayer money to give to Ukraine was to fight against Russia.

Ukraine shares a long border of about 1200 miles with Russia.  The buildup of military force on this border combined with aid given to bolster forces in Latvia, Lithuania, and Estonia, which all border Russia, was a direct provocation aimed at Russia.

TRENDPOST: Under the agreement between U.S. Presidents Ronald Reagan and George H.W. Bush with then-Soviet President Mikhail Gorbachev, NATO would not expand its military presence “one inch” following the dissolution of the Soviet Union.

Beginning with Bill Clinton and continuing under George W. Bush, Barack Obama, and Donald Trump’s regimes, the U.S. and NATO have violated that agreement, bringing troops and weaponry throughout Eastern Europe to the borders of Russia. When the agreement was made between the U.S. and the Soviet Union back in 1990, there were 16 NATO members. Today there are 30...and counting, as more eastern European countries are pushing for NATO membership.

This fact is continually ignored by both American politicians and its mainstream media.

While considered fully appropriate for the U.S. and its allies to stage war games and pour billions of dollars of military aid to countries bordering Russia, China, Iran, Venezuela, and other nations it is in conflict with, should any of these nations do the same on U.S. borders, it would be called an “Act of War.”

And absent the media coverage, was that back in 2019, Moscow returned three Ukrainian naval ships that had been captured after a light skirmish between the two countries.

This comes after Moscow and Kiev had agreed to withdraw troops in an area of eastern Ukraine. The deal at the time, which was never followed through, was that there would be open elections in the Donetsk and Luhansk separatist regions that broke away following the coup.

These peace initiatives were in contrast to strong pressures on Ukrainian President Volodymyr Zelensky from extreme nationalists in his country who protested any agreements with Moscow.

The rest is history, the history of the Ukraine forces killing some 15,000 people in those regions that continued up until Russia declared these independent entities and invaded Ukraine on 24 February.